This short guide is intended to provide the reader with an outline of the financial sanctions regime in force, at the date of writing, in the Cayman Islands.

As the first note in the series, it is intended to set the scene for the more detailed analysis which will feature in subsequent advisories. 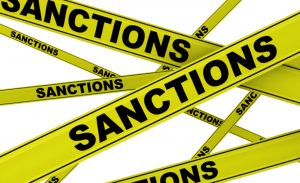 Sanctions are a foreign policy tool, forming part of a broader political and diplomatic strategy, intended to achieve a desired outcome from a target country or regime.

They are usually agreed and coordinated at an international level by the United Nations Security Council and the European Union.

Sanctions may include controls on travel, arms, financial transactions and trade in relation to certain individuals and/or entities.

Financial sanctions are generally imposed to:

(i) Coerce a regime, or individuals within a regime, into changing their behaviour (or aspects of it), by increasing the cost on them to such an extent that they decide to cease the offending behaviour.

(ii) Constrain a target by denying them access to key resources needed to continue their offending behaviour, including the financing of terrorism or nuclear proliferation.

(iii) Signal disapproval, stigmatising and potentially isolating a regime or individual, or as a way of sending broader political messages nationally or internationally; and/or

(iv) Protect the value of assets that have been misappropriated from a country, until they can be repatriated

Financial sanctions in force in the Cayman Islands

As a British Overseas Territory, the Cayman Islands is not a member of the EU or the UN and is reliant upon the UK’s framework for the implementation of its sanctions. For this reason, the financial sanctions in force in the Cayman Islands are essentially the same as those imposed in the UK.

In the United Kingdom, financial sanctions are implemented through a combination of statutory instruments and primary legislation, mainly:

Prior to Brexit, sanctions in the UK were mostly set at the EU level. However, when the UK-EU transition period ended on 31 December 2020, EU law ceased to apply in the UK. Since this time, the UK has been responsible for implementing an independent sanctions regime (although it remains bound by UN Security Council resolutions). Thus far, it has done so primarily through SAMLA.

The UK (and by extension, the Cayman Islands) sanctions measures are organised with reference to different regimes, each of which addresses a different territory or issue. Each sanction regime is governed by regulations made under powers contained in SAMLA. For example, the sanctions regime in respect of Russia is set out in The Russia (Sanctions) (EU Exit) Regulations 2019 (SI 2019/855).

There are currently over 30 regimes that are subject to financial sanctions in the UK which can be found on the HM Treasury Office of Financial Sanctions Implementation (OFSI) website2 and the Cayman Islands Monetary Authorities website.

The Governor of the Cayman Islands is the competent authority for implementation of financial sanctions measures. Under each OOIC, the Governor has certain powers and duties in relation to the administration of these measures. Such powers and duties include: the power to grant vary and revoke licences; the duty to publish certain lists; and power to delegate any of the Governor’s functions. The Governor has delegated the function of receiving reports to the Cayman Islands Financial Reporting Authority (“FRA“).

The Cayman Islands can also impose its own financial sanctions and restrictions under The Terrorism Act (2018 Revision) and The Proliferation Financing (Prohibition) Act (2017 Revision) (“PFPA“).

· Targeted asset freezes apply to named individuals, entities and bodies, restricting access to funds and economic resources. An individual or entity subject to an asset freeze will be listed on OFSI’s consolidated list: https://www.gov.uk/government/publications/financial-sanctions-consolidated-listoftargets

·Restrictions on a wide variety of financial markets and services can apply to named individuals, entities and bodies, specified groups or entire sectors. Such restrictions may take the form of:

– requirements to notify or seek authorisation before certain payments are made or received; and

· Restrictions on provision of financial, insurance, brokering, advisory services or other financial assistance.

· Directions to cease all business of a specified type, with a specific person, group, sector territory or country.

Persons that must comply with financial sanctions

Financial sanctions apply more broadly than to the persons subject to them. All individuals and legal entities who are within or undertake activities from within the Cayman Islands must comply with the UK financial sanctions that are in force.

The OOIC provides that financial sanctions apply to:

a. any person in the Cayman Islands,

b. any person elsewhere who is—

(ii) body incorporated or constituted under the law of any part of the Cayman Islands, and

c. any person onboard a ship or aircraft that is registered in the Cayman Islands

Any person in breach of an obligation under a relevant sanctions measure will be guilty of an offence and liable to a maximum of seven years imprisonment, a fine or both.

Sanctions may be subject to exceptions or licensing arrangements.

· transfers by non-designated persons of their own funds;

· institutions crediting a frozen account with transferred funds, or interest or other earnings due on the account;

· transfers of funds in discharge (or partial discharge) of an obligation which arose before the date on which the person became a designated person; and

Licences can be issued to allow anything to be done that would otherwise be prohibited under sanctions regulations. Licences may be:

· general or issued to a category of persons or a particular person;

· subject to conditions; or

· of be of indefinite duration or a defined duration.

Exceptions and licenses are a particularly important feature of the sanctions regime in both the UK and the Cayman Islands regimes. As such, a future advisory in this McGrath Tonner sanctions series will be devoted entirely to these topics.

· The FRA co-ordinates the implementation of financial sanctions and is the designated body to receive financial sanctions reports as delegated by the Governor. The FRA monitors persons operating in the financial sector for the purpose of securing compliance with the PFPA and issues directions under the PFPA to any relevant persons (and persons operating in the financial sector). It is also empowered to impose penalties for failure to comply with requirements under the PFPA.

· The Anti-Money Laundering Steering Group (“AMLSG“) is the body responsible for the general oversight of anti-money laundering (“AML“), counter financing of terrorism (“CFT“) and counter proliferation financing policy (“CFP“) in the Cayman Islands.

· The Inter-Agency Co-ordination Committee (IACC) is responsible, at the operational level, for the implementation of AMLSG policies; inter-agency cooperation and coordination with respect to AML, CFT and CFP. It assesses and proposes persons or entities for designation

· The Customs and Border Control (“CBC“) implements trade sanctions and embargoes, and travel bans. It also controls shipments and provides licence and expertise on dual-use goods.

· The Proliferation Inter-Agency Group (“PIAG“) ensures coordination and cooperation around PF and helps equip relevant institutions, businesses, and professions to better understand and mitigate PF Risk. PIAG also exchanges information for the development and implementation of PF policies and keeps abreast of risks, trends, and findings in PF.

The recent crisis in the Ukraine has underscored the importance of financial sanctions as a key foreign policy tool. Irrespective of one’s view as to whether, and to what extent, sanctions are an effective international policy device, they do appear to be well established and are likely to be here to stay for the foreseeable future. Accordingly, businesses will need to learn how best to live with them and, in this regard, it is important for businesses affected by sanctions to understand their obligations and rights.

Future publications in this series will delve deeper into the following sub-topics including:

Whilst the Economic Crime (Transparency and Enforcement) Act 2022 resulted in significant amendments to SAMLA, such changes are beyond the scope of this note and will be dealt with in a separate guide in the series.

The content of this article is intended to provide a general guide to the subject matter. Specialist advice should be sought about your specific circumstances.

For all enquiries regarding sanctions, please contact Ben Tonner QC at: btonner@mcgrathtonner.com / +1345 623 2740