Flutter ye not. Gambling in the Cayman Islands

You may be surprised to learn that despite being a long-favored destination for hundreds of thousands of tourists every year, all forms of commercial gambling are illegal in the Cayman Islands. You will not find a casino anywhere on the island. While those travelling on Cayman Islands’ registered cruise ships are permitted to gamble onboard, this must cease when entering Cayman Island territorial waters.

According to The Gambling Act of 2016, ‘Gambling’ means “to play a game, whether of skill or chance, for money or money’s worth”.

The negative view of gambling arises in part from religion, which in the Cayman Islands is predominantly Christian, and plays a large role in the lives of many Caymanians.  Religion remains an important aspect of Cayman Islands culture, and most local businesses continue to be shut on Sundays. 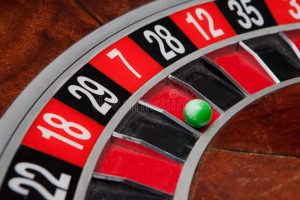 What does the law say?

The Gambling Act of 1963 prohibited all forms of wagering.  The more recent Gambling Act of 2016 increased penalties for wagering to a $40.00 fine or 2 months imprisonment in default.

For those keeping a common gaming house, the penalty became a fine of $100.00 with imprisonment of up to 6 months in default.

The 2016 law has permitted fundraising events, which enables schools and churches to arrange “non-profit raffles”, where money raised can be spent on the upkeep of schools and places of worship.

Cayman is home to many ex-pats whose home countries have state lotteries, where gambling is a common occurrence. This has created a black market for “numbers” with lotteries in Honduras, Jamaica and the USA being accessed via the internet by on-island residents.

Online gambling is illegal but overseas registered casinos are accessible and as yet unregulated.

Although the penalties for gambling may seem modest, it is the organizers and facilitators who have capitalized on this demand, where there are large profits to be gained. Thus, the punishments are much more severe for those falling into this category. The Proceeds of Crime Law (2019 Revision) carries a maximum sentence of 14 years, a fine or both, for possession, concealing, disguising, transferring or removal of criminal property, which the profits from gambling are deemed to be, from the Island.

What does the law mean?

Whilst online gambling remains illegal, overseas operators who are legal in the country of origin frequently allow players from the Cayman Islands.

To date the Cayman authorities have not shown any desire to pursue such conduct by blocking overseas sites or pursuing those players on Island, but it remains an option.

The preferred course is to investigate and prosecute local activity where the fines, although small can lead to a criminal conviction and jeopardize a subsequent work permit renewal.

In 2018 the government sought to increase the penalties for gambling given the perceived link between underground gambling and other crimes. The bill was never passed.

For those hailing from countries where gambling addiction is an ongoing issue, the Island’s stance on gambling might seem a refreshing one. However, others argue there is potential for a gambling industry on Island and legislation for some form of gambling, for example a national lottery, would be beneficial.

Many argue that by making gambling illegal it simply pushes it underground when it should be legalized and properly licensed, but for now at least, this is not the Island for ‘a flutter’.