APPLICATIONS SEEKING PERMANENT REMOVAL OF CHILDREN FROM THE CAYMAN ISLANDS

It is not uncommon for spouses to separate or divorce after relocating with their family to a new country. A new job combined with settling into a new environment without familial support or familiar friendship groups can often prove to be a difficult transition. After a separation or a divorce, one spouse may wish to return to his or her home country or wish to move to a third country for a new job. The issue of relocation will inevitably be a difficult one where parties have children together.

If parents cannot agree (either directly or via mediation) the arrangements for their child or children, then the parent seeking to remove the child should apply to the Court for permission to permanently remove the child from the Cayman Islands. Removal applications are often brought during or after divorce proceedings by one parent where they believe it is in their child or children’s best interests to live in another country.

The burden is on the applicant (the parent bringing the application) to change the current arrangements. The applicant must demonstrate to the Court by way of written evidence that the proposed move would be in the best interests of the children even taking into consideration the possible reduction in contact with the other parent. Depending on the age of the child or children, the Court may also seek to ascertain their views as to the proposed permanent removal.

The points below represent a summary of the legal principles and test which has since been applied to applications:

• The first and overarching principle must be that the child or children’s welfare is paramount. It takes precedence over any other consideration.

• The Court’s exercise is to:

• Review each part of the evidence;
• Consider guidance from previous cases;
• Apply the six questions below to the evidence; and
• Determine the matter in line with the first and overarching principle that the child or children’s welfare is paramount and by reference to the Welfare Checklist (see below).

• The six questions which the Court should consider and address when determining what is in the children’s best interests and by reference to the paramountcy principle are as follows:

1. Is the application genuine in the sense that it is not motivated by some selfish desire to exclude the remaining party from the child’s life?

2. Is the remaining party’s opposition motivated by genuine concern for the future of the child’s welfare or is it driven by some ulterior motive?

3. What would be the extent of the detriment to the remaining party and his/her future relationship with the child were the application granted?

4. To what extent would the detriment to the remaining party if the application were granted be offset by extension of the child’s relationship with the applicant’s family and, if applicable, homeland?

5. Is the application realistic and founded on practical proposals both well researched and investigated?

6. What would be the impact on the applicant of a refusal of their realistic proposal? The weight placed on this will increase if the child or children reside with the applicant.

• The Court will ask Question 1 and Question 5. If the application fails either of those tests, refusal will inevitably follow. If the application passes both tests, then there must be a careful appraisal of the remaining party’s opposition by asking the other four Questions. The outcome of those last four Questions must be considered in line with the overarching principle that the children’s welfare is paramount and by reference to the Welfare Checklist which is set out at Section 3(3) of the Children Act (2012 Revision) and cited below:

(a) The ascertainable wishes and feelings of the children (considered in light of their age and understanding);
(b) Their physical, emotional and educational needs;
(c) The likely effect on them of any change of circumstances;
(d) Their age, sex, religious persuasion, background and any relevant characteristics;
(e) Any harm which the children have suffered or are at risk of suffering;
(f) How capable each of their parents are in meeting the children’s needs; and
(g) The range of powers available to the Court under the Children Law.

The law continues to evolve and change in this area as new applications are brought, and additional principles are developed.

McGrath Tonner has been involved in most of the leading cases in the Cayman Islands concerning permanent removal of children and can help guide you through this difficult process from both sides of an application. We can advise you on the merits of the application or reasons for opposition and provide specific advice as to how these can be strengthened.

Should you require any additional information or wish to speak with one of the attorneys in our Family Law team, please do not hesitate to contact us. 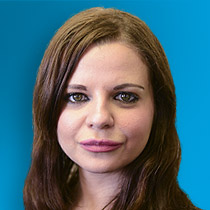